Every athlete dreams of making that elusive step and becoming a full-time athlete, for most it won't become a reality. Independence, training and racing across Europe with two great mates from Adelaide; Jack Harvey (400mH) and Mick Heron (800m).

7 races, 6 competitions, 4 countries -- 5 weeks. We were based in Cologne, Germany from late May to early July -- the training hub for a large portion of Australian athletes during the European summer calendar. We didn't have a manager, constant scanning of European-athletics.org was what we did to find our races. 99% of meeting directors are very accommodating for Australian athletes, swift email replies and a very handy online portal for entries. 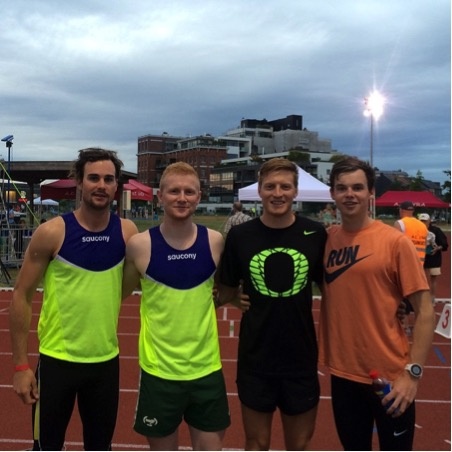 Along the way you meet some great people from various countries. Great competitors, dedicated athletes, even better people. We met Irish 400m Hurdler Paul Byrne in Valence, France -- at the time he was a consistent 51 second runner, chasing 50.xx, although certain aspects of his races weren't going to plan he was confident something big was around the corner. Also providing Jack Harvey and I with a detailed insight to his training, handy tips and techniques whilst devouring some post-race crepes and Guinness. Now, he's cracked the 51 barrier twice -- I wouldn't be surprised if we see him dip down to 49 in 2016. Hard work pays off. Hopefully we see him down under soon!

If you're thinking of basing yourself somewhere, make it Cologne. The Deutsche Sporthochschule Köln has all the facilities you need; three outdoor tracks, an indoor track, gym, pool, ice baths and amazing running trails in the forest for the distance runners all within a short walk. 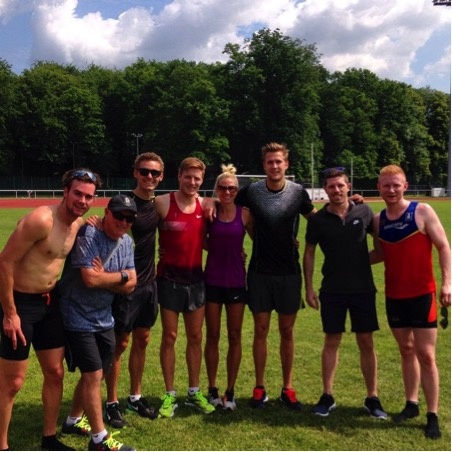 Although athletics is an individual sport, having a group of 15-20 athletes based in a foreign country with similar intentions and goals -- to run fast -- presented a strong team environment. Group training sessions, dinners (Yes, go to Burgerlich), daily pit stops at Van Dyck for a caffeine hit and everything in between made the experience one to remember and something to do again. Not forgetting that you're there to train smart/hard and run fast - having great people around you is a bonus. Special thanks to James Kaan (AA manager), Ben Raysmith (physiotherapist) and Thea Dillion (massage) for their assistance. 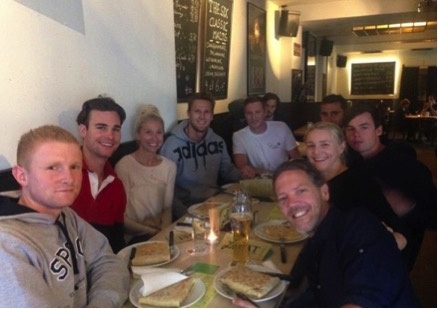 1. Be organised -- have your transport to and from a competition arranged in advance. On all but one occasion there was something that could've easily been avoided; train fully booked, no direct trains back to Cologne, no taxis in deserted country towns (We hitch hiked to our first race in Oordegem, Belgium) etc.

2. Learn basic German -- grab yourself a travel book instead of using a frequent phrase of ours.. "sprechen sie englisch", although it did provide a lot of laughs.

To finish our trip we spent a week in Croatia, 10 days travelling northern Europe and the final week in London which turned in two weeks due to getting sick. A scary little experience being in hospital in a foreign country. Long story short I was struck down with the flu/cold just after finishing racing, it managed to stick around for three weeks which resulted in four nights in hospital with an end diagnosis of a viral infection of the heart, pneumonia and a suspected heart attack.

Fortunately, no long term damage was sustained and luckily doesn't halt preparations for the upcoming season. The last two weeks I've been easing into training and hopefully back into full training by September.

The 2015 season was an awesome experience, competing Australia wide and throughout Europe was a motivating, yet expensive exercise. Fast times weren't to be this season but that won't deter us from putting in the work to be successful next year. I've got a great coach (Leana Joyce) and a really tightknit training squad, so I'm thoroughly looking forward to getting stuck into the winter grind and getting back into PB shape in 2016.

Thanks RunnersTribe for the opportunity to write a blog once again, and I'd lalso ike to thank my new sponsor, Alce Athletic.